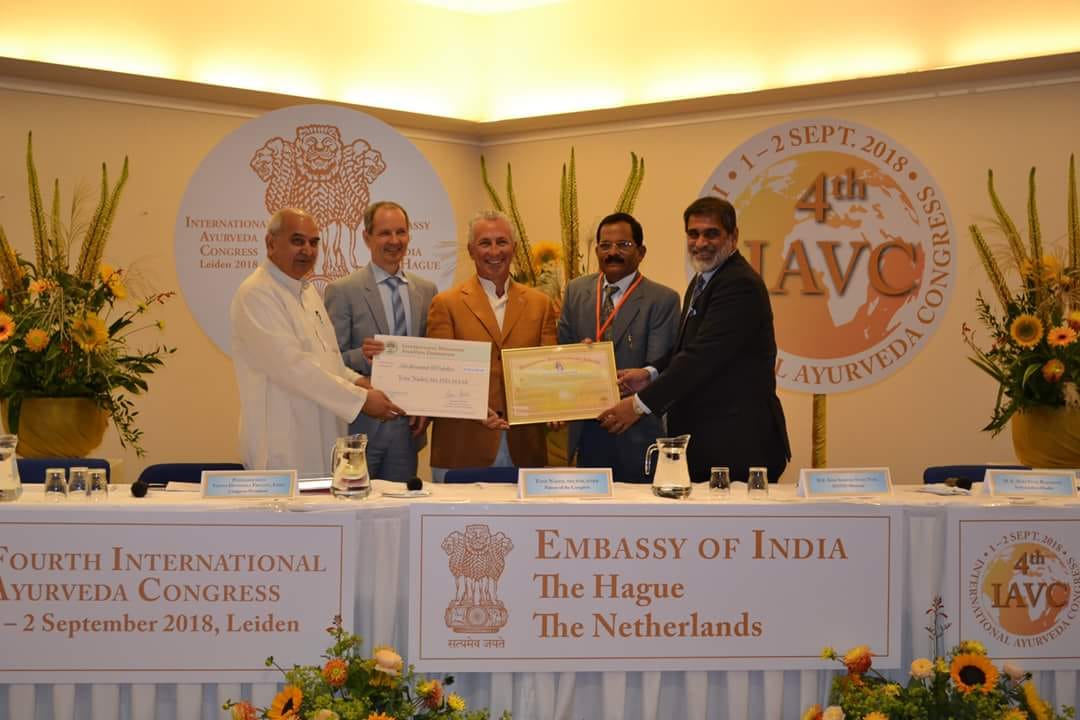 After inaugurating the IAVC at Leiden in the Netherlands on 1 September 2018, the Minister of state for AYUSH said integration of ayurveda, yoga and other Ayush systems in the delivery of health services is one of the thrust areas of the Indian government. Mr Naik said insurance coverage has been extended to Ayush treatments and 27 companies are offering 140 health policies to beneficiaries in India.

The Minister has been on a four-day visit to the Netherlands, leading a delegation comprising senior officials from the Ministry of AYUSH including the Pharmacopoeia Commission of Indian Medicine and Homeopathy. He said the intention of the government is to bring convergence and synergy between traditional medicine, modern medicine and modern sciences for scientific validation of ayurveda concepts and development of research and development based drugs.

To read the original press articles please click below: