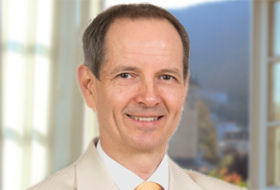 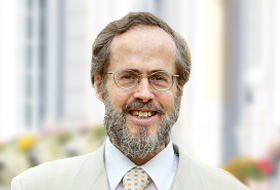 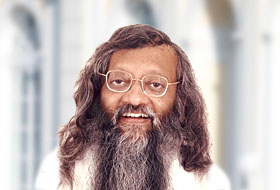 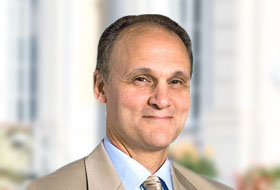 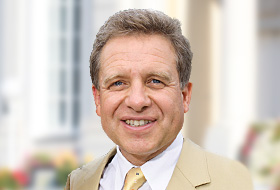 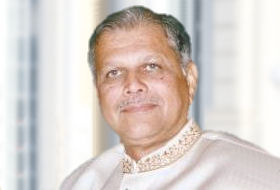 Dr. Picha's career has focused on echocardiography and coronary angiography. He has been a specialized consultant in cardiac arrhythmias and a faculty member of the Austrian Doctor's Association. Dr. Picha has been a participant in several national and international training courses in Maharishi AyurVeda. Since 1996 he has been a full-time researcher at Maharishi Vedic University in Vlodrop, Holland. At Vlodrop, he has worked closely with Maharaja Adhiraj Rajaram and leading doctors trained in India's traditional Vedic Health Care System.

Since 1996 he has been a co-worker in Maharaja 's research team at the international headquarters of Maharishi Vedic University in Vlodrop. In 1997 he was honoured for his contributions to research on Veda and the Vedic Literature in the human physiology. For his efforts, he received his weight in silver at the same time that Maharaja received his weight in gold. In 2001 Dr. Picha has been selected as the Health Minister of the Global Country of World Peace under the leadership of Maharaj Adhiraj Rajaram with the task to develop a complete health care system of integrative medicine. He also is a founding member of the International Maharishi AyurVeda Foundation for Health Professionals.

In 1996 Dr. Mölk became a member of the international research team at Maharishi Vedic University in Vlodrop, The Netherlands. In 1998 he was awarded with his weight in silver for his research contributions at the same time when Tony Nader, MD, PhD (now known as Maharaja Adhiraj Rajaraam) had received his weight in gold for his discovery of Veda in the human physiology. Dr. Mölk is also founder and president of the Austrian Society of Ayurvedic Medicine and founding medical director of the first Maharishi AyurVeda health center in Austria, and has more than 20 years of experience in leading Maharishi AyurVeda postgraduate training courses for health professionals worldwide.

Since 2006 he has a leading function in the global health department of Maharishi's movement as the Deputy Minister of Health of the Global Country of World Peace.

Dr. Momaya is a director of Maharishi AyurVeda Products Europe B.V., a Dutch company dealing with manufacturing and distribution of herbal health food supplements. He is also a director of Maharishi European Research University, a Dutch foundation dealing with education, training and services in the fields of education, health care and social well-being. Furthermore Dr. Momaya is a director at Maharishi Foundation International in the Netherlands, an international foundation established to promote teachings and programmes of Maharishi Mahesh Yogi. It is functioning in the areas of Consciousness Based Education, Maharishi AyurVeda, Maharishi Sthapatya Veda (Vedic Architecture), Maharishi Jyotish (Vedic Astrology) and is offering education and training in various areas of society.

Lothar Pirc is international proponent of Ayurveda and holistic health. Mr Pirc is founder and president of the award-winning Maharishi AyurVeda Health Center Bad Ems, Germany. Over the last 25 years, Mr Pirc has introduced the health benefits of the natural time-tested approaches of Maharishi AyurVeda to thousands of people around the world. He has spoken to many groups of physicians, national health organizations, and government and business leaders in Europe, Russia, India, Japan, the Middle East, Africa, Mexico, Brazil, Canada, Nepal and the US. Mr Pirc is a certified teacher of the Transcendental Meditation Programme and has been active in its international programmes for world peace for over 40 years.

Mr Pirc was awarded the Global Hakim Ajmal Khan Award 2007 for Organizational and Social Vedic Services presented by the Chief Minister of the State of Delhi, India, for its work in research, application, and expansion of Ayurveda around the world. In 2006, Mr Pirc received a gold medal "For Honor and Good" for his "excellent contribution for the revival and blossoming of peace, for greatness of mind and altruistic magnanimity" at the Moscow Academy of Sciences, from the Russian charitable organization "Patrons of the Century" and in 2008, Mr Pirc was elected to the position of General Secretary of EURAMA (European Ayurveda Medical Association). In 2012 Lothar founded the Nepal Maharishi Foundation for Vedic Culture, a German Foundation to raise funds in Europe to help preserve the unique and timeless cultural tradition of Nepal—the Vedic Tradition.

Prof. Dr. Subhash Ranade is one of the foremost experts on Ayurveda. He is leading academician and physician in the field of Ayurveda. He is the author of one hundred and twenty-seven books on Ayurveda and Yoga. These books have been published in fifteen languages. He has worked as Prof. and Head, Dept. of Interdisciplinary School of Ayurveda and Prof. and Head, Dept. of Ayurveda Pune University and Principal of Ashtang Ayurveda College, Pune, India. At present he is Chairman, International Academy of Ayurveda, Pune and Honorary Dean, Kerala Ayurveda Academy, USA. To read his full CV please click here.