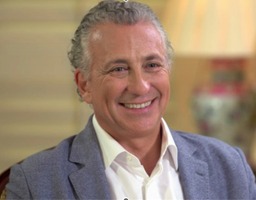 'Our principal aim is to bring Ayurveda into more widespread use worldwide, and to ease the pressure in modern health systems by adding a focus on the effective prevention of imbalance and disease.'

The International Maharishi AyurVeda Foundation was established under the patronage of Tony Nader, MD, PhD, who was honoured by Maharishi Mahesh Yogi with the title Maharaja Adhiraj Raja Raam.

Dr. Tony Nader received his M.D. degree from the American University of Beirut, where he also studied internal medicine and psychiatry. His Ph.D. is in the area of Brain and Cognitive Science from the Massachusetts Institute of Technology (MIT).

He was a Clinical and Research Fellow in Neurology at the Massachusetts General Hospital, Harvard Medical School, and Assistant director of the Clinical Research Center at MIT. He is the founder and editor-in-chief of the International Journal of Mathematics and Consciousness.

Dr. Nader conducted research on neurochemistry, neuroendocrinology, and the relationship between diet, age, behavior, mood, seasonal influences, and neurotransmitter and hormonal activity, and on the role of neurotransmitter precursors in medicine.

His interest in the full potential of the human mind led him to the practice of Transcendental Meditation (TM), and he soon began working closely with Maharishi Mahesh Yogi, the Vedic sage who introduced TM.

Dr. Nader has successfully correlated each aspect of the Vedic Literature to a specific area of human physiology and anatomy, as well as the cell and the DNA, with the conclusion that human physiology is the expression of Veda and the Vedic Literature. This is the subject matter of five of his published books. He has also published a book on Ramayan in Human Physiology, which extended this profound scientific elaboration of the scientific significance of Veda. Dr. Nader, in a seminal article, offered a mathematical model for how multiplicity, including all matter, arises from a primordial singularity of Consciousness through the spontaneous phenomenon of Consciousness knowing itself.

In appreciation for his achievements and profound knowledge of both Vedic Science and modern science, Dr. Nader was honored by Maharishi with the title ‘Maharaja Adhiraj Rajaraam’ and, as the successor of Maharishi, was given responsibility for guiding the Global Country of World Peace, the umbrella organization for all of Maharishi’s worldwide legacy, in administration, knowledge, and practical technologies.