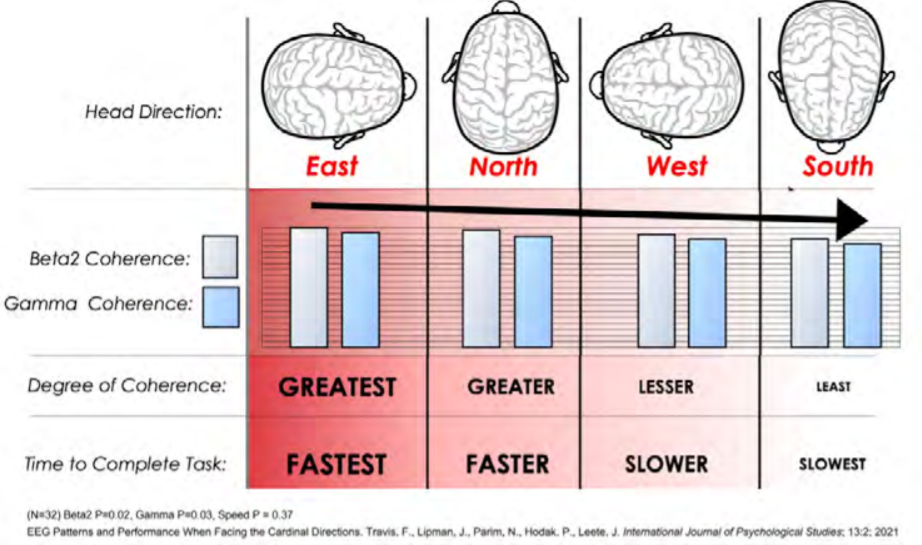 The correlation between head direction, brain coherence, and time to complete a task.

The study of 28 subjects measured beta and gamma brain wave coherence and the speed in completing jigsaw puzzles. The results demonstrated that puzzles were completed faster and that brain coherence was greatest when subjects were facing east, then north, then west and south.

The authors concluded that head direction affects both speed of performance and increased levels of beta and gamma coherence exactly as anticipated in Maharishi Vastu architecture, and greatly advances the scientific validation of this important system.

The peer-reviewed study by Travis, Lipman, Parim, Hodak and Leete has been published in the International Journal of Psychological Studies and may be viewed in its entirety at www.ccsenet.org/journal/index.php/ijps/article/view/0/45144.