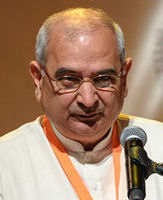 Padma Bhushan Vaidya Shri Devendra Triguna is President of the All India Ayurvedic Congress and numerous central councils and governing bodies of the Government of India.

He is the foremost expert on the ancient science of healing - Ayurveda. Having taken formal education as an Ayurvedic Physician, he then studied under his father, the renowned Ayurvedic physician, Padma Vibhushan Raj Vaidya Brihaspati Dev Triguna and mastered the knowledge of Nadi Vigyan - Pulse Diagnosis.

Vaidya Triguna is a recipient of the Government of India civilian awards “Padma Shri” & “Padma Bhushan” for his contribution to Ayurveda. He has been The Visitor of Gurukul Kangri University, Haridwar, one of the oldest and most prestigious universities in India. Having been honoured with the National Dhanwantari Award by the Government of India for his tireless efforts to institutionalize the Ayurveda system in the modern health care set-up for India, Vaidya Triguna carries on his mission to preserve, propagate and heal through this ancient science of healing. 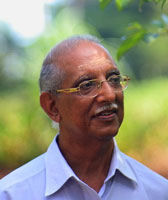 He began his traditional Gurukula Sanskrit lessons at the age of six under Acharaya Kerala Varma and M.V.Krishna Varier. He started his career at the age of 22, after a preparatory period of 8 years under Vayaskara N.S. Mooss and P.T. Narayanan Mooss.

He was honoured with the title Rajavaidya - which means the royal physician - from Maharishi Mahesh Yogi in 1997. For the successful completion of the assigned projects Ashtavaidyan Mooss used to travel widely in USA, Belgium, Holland and Germany. He received many awards such as Vaidyashtreshta from Bharateeya Ayurveda Paramparya Vaidya Federation, Ayurveda Puraskaram from Guruvayur Samhita Trust etc. 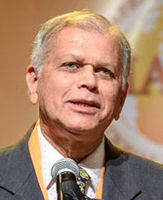 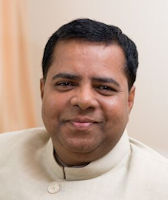 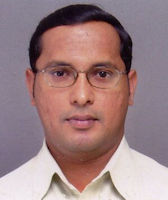 He began his traditional Gurukula studies at young age with his father Ashtavaidya E.T. Divakaran Mooss and went onto detailed Ashtangahridaya study with his great uncle Ashtavaidya Brahmasree Pulamanthole Sankaran Mooss. In 1999 he completed the BAMS degree at Ayurveda College Coimbatore, and continued with the Advanced Panchakarma course at the National Research Institute of Panchakarama, Department of AYUSH (Government of India).

Ashtavaidya Mooss has worked at the Foundation of Revitalization of Local Health Traditions (Bangalore), Club Mahindra (India), and under his father Ashtavaidya E.T. Divakaran Mooss at Maharishi Vedic University in The Netherlands and in India. He has conducted seminars and training classes in USA, Netherlands, Hungary, Croatia, Australia, Japan, Russia, UK, and Switzerland. 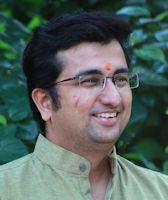 Ashtavaidya Prof. A.N. Narayanan Nambi, MD (Ayu) is the Director of the Academic Division of the SNA Oushadhasala (P) Ltd founded by Ashtavaidya Thrissur Thaikat Mooss. He is faculty member of Ayurvedic Point, Italy and the European Academy of Ayurveda, Germany, Member Secretary of the Clinical Services, Council for International Cooperation of Indian System of Medicine, Department of AYUSH, Ministry of Health and Family Welfare, Government of India, and Professor of the Department of Basic Principles, Vishnu Ayurveda College, Shornur.

Prof. Nambi is the successor of a great lineage of Ashtavaidyas of the Ayurvedic families of Kerala. With both, a traditional and institutional education, Prof. Nambi is loyal to the classical teachings of the science of Ayurveda. He is recognized in both, India and Europe for his knowledge of Ayurveda and Indian sciences. He is actively involved in Ayurvedic education in Europe and Middle-East. His teachings and articles have received much acclaim in both India and the West.