The Indian minister for Ayurveda and Yoga, Shripad Yesso Naik (5th from right) with his advisory staff together with Dr. Walter Mölk (1st from the left), Dr. Girish Momaya (1st from right) and Managing Director Lothar Pirc (3rd from right) in the foyer of Häcker’s Grandhotel, Bad Ems.

On the occasion of the European World Ayurveda Congress, organized by the Euro-pean Ayurveda Association (EAA) on 15 and 16 October 2016 in Koblenz, the Indian Minister for Ayurveda and Yoga, Hon. Shripad Yesso Naik, together with his advisory staff visited the Maharishi Ayurveda Private Clinic Bad Ems for a 2-hour session. Since its foundation 24 years ago, more than 25,000 patients from all over the world have been treated at the clinic, which has won numerous awards worldwide. The Indian Minister and his team were extremely impressed by the high standards of the private clinic, as well as by Häckers Grandhotel and the beautiful spa architecture of the charming spa town on the River Lahn.

The conference, organized by the EAA in cooperation with the Indian government, was attended by about 50 renowned Ayurveda speakers. Lothar Pirc, Managing Director of Bad Emser Privatklinik, held two lectures at the scientific conference in Koblenz and was invited as an expert on two panel discussions. Dr. Girish Momaya, Director of ME-RU, Netherlands, secretary of Maharishi Mahesh Yogi for more than 30 years, present-ed to the minister and the congress participants the uniqueness of the consciousness-based approach of Maharishi Ayurveda and Maharishi’s great contribution to spread Ayurveda in the world. Dr. Walter Mölk, Director of the International Maharishi Ayurve-da Foundation, Netherlands, spoke on the subject: Is the Veda the blueprint of the human body and even more basic than the DNA?

The patronage for the congress was the Rhineland-Palatinate Interior Minister Roger Lewenz. The well-attended congress was attended by numerous experts from more than 30 countries as well as the Indian ambassadors from Berlin and from Brussels for the EU. At the conclusion of the congress on Sunday evening, almost 50 honorary guests visited the Maharishi Ayurveda Private Clinic in Bad Ems, comprised of Ayur-veda organizations from 15 countries, including the former Hungarian Prime Minister, Dr. Peter Medgyessy, as well as Ayurveda professors and researchers from India, Eu-rope and America. In addition to a lecture on the clinic, the guests received a guided tour through the premises and the treatment departments, as well as a final ayurvedic gourmet dinner. It was an all-round successful event for Maharishi AyurVeda as well as for the spa town of Bad Ems. 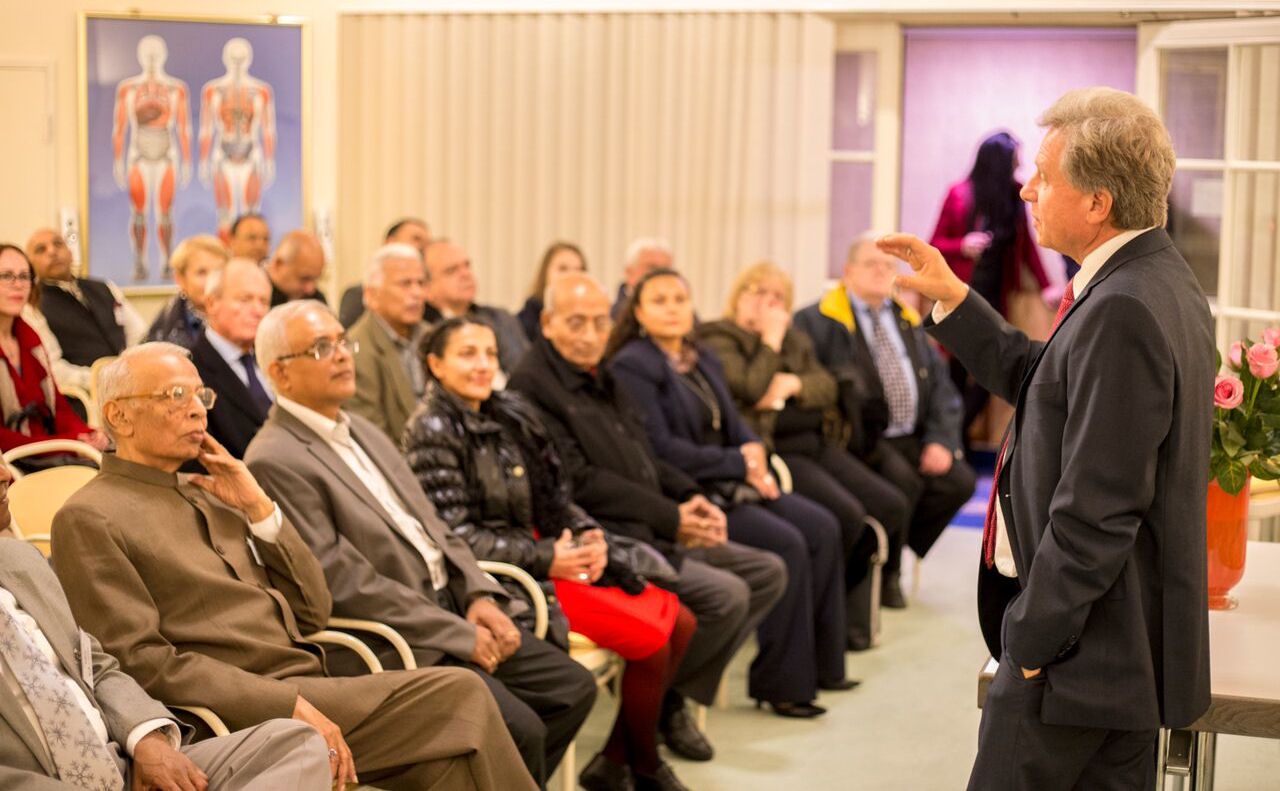 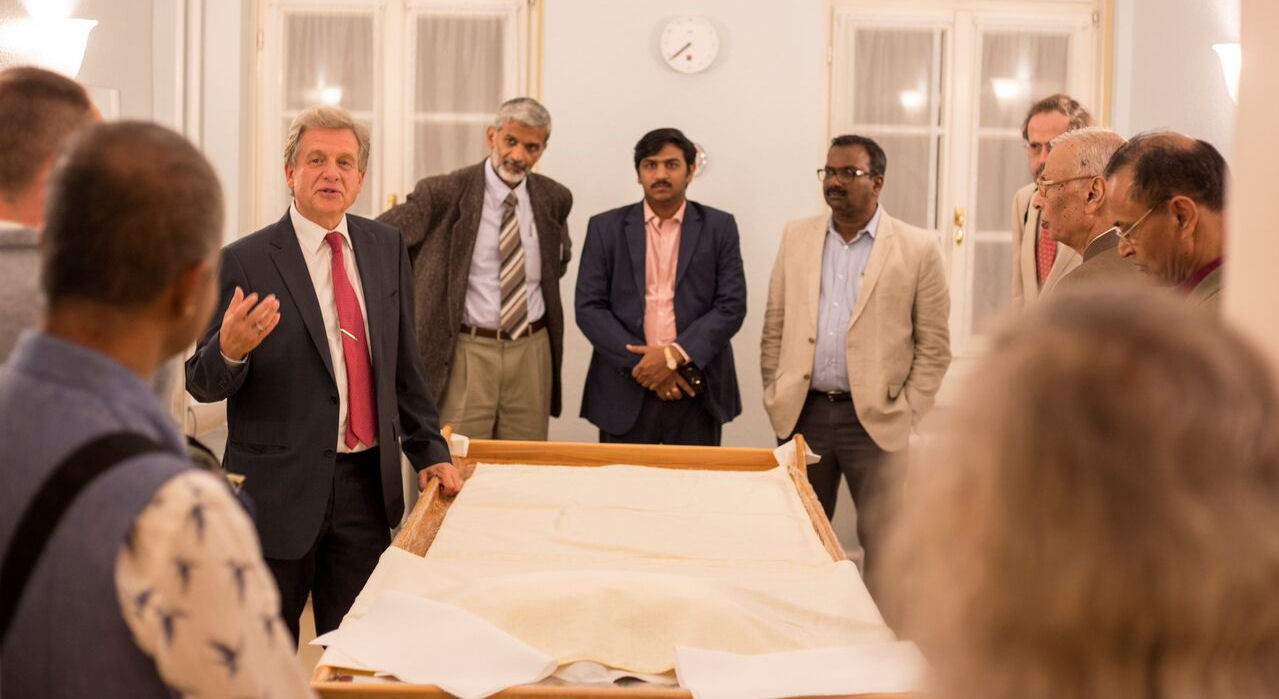 Guided tour through the treatment rooms of the Maharishi AyurVeda Clinic Bad Ems. 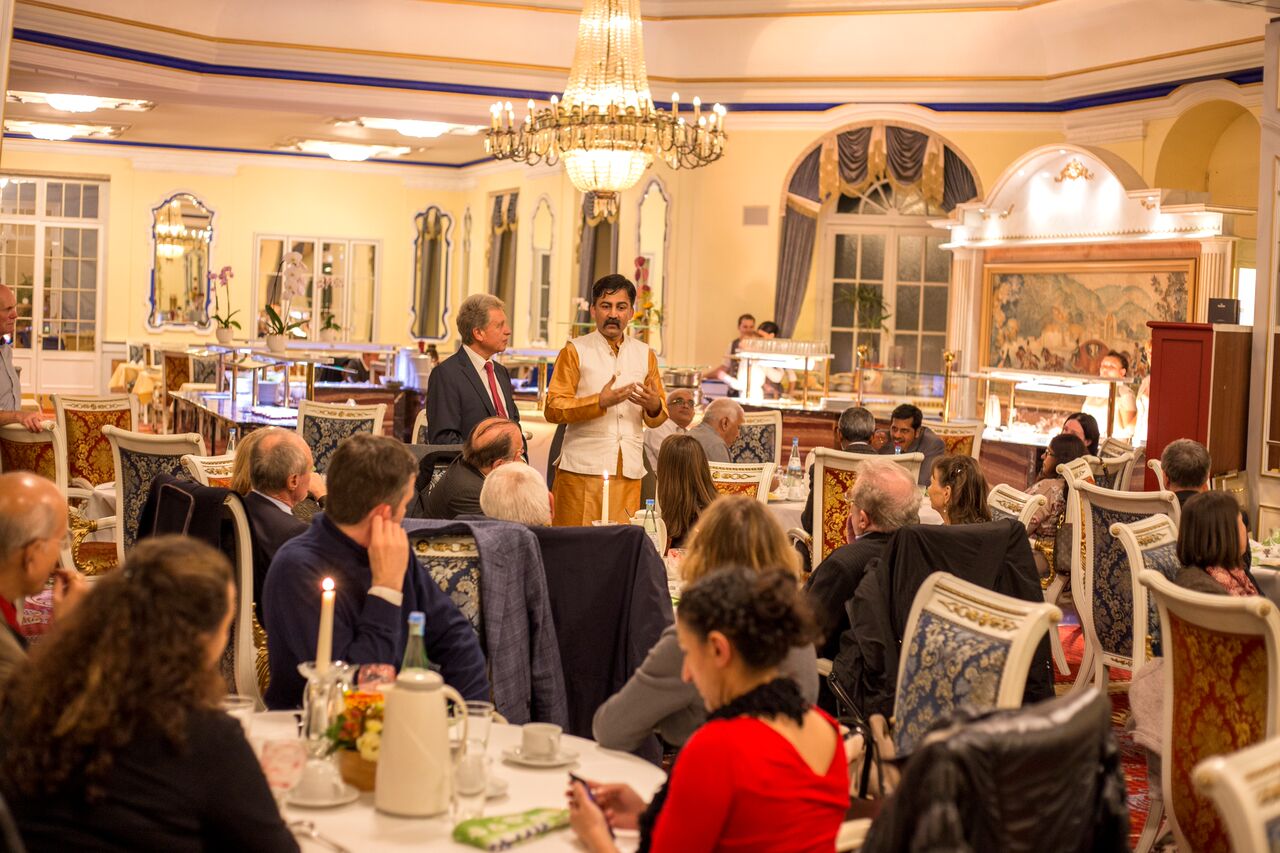 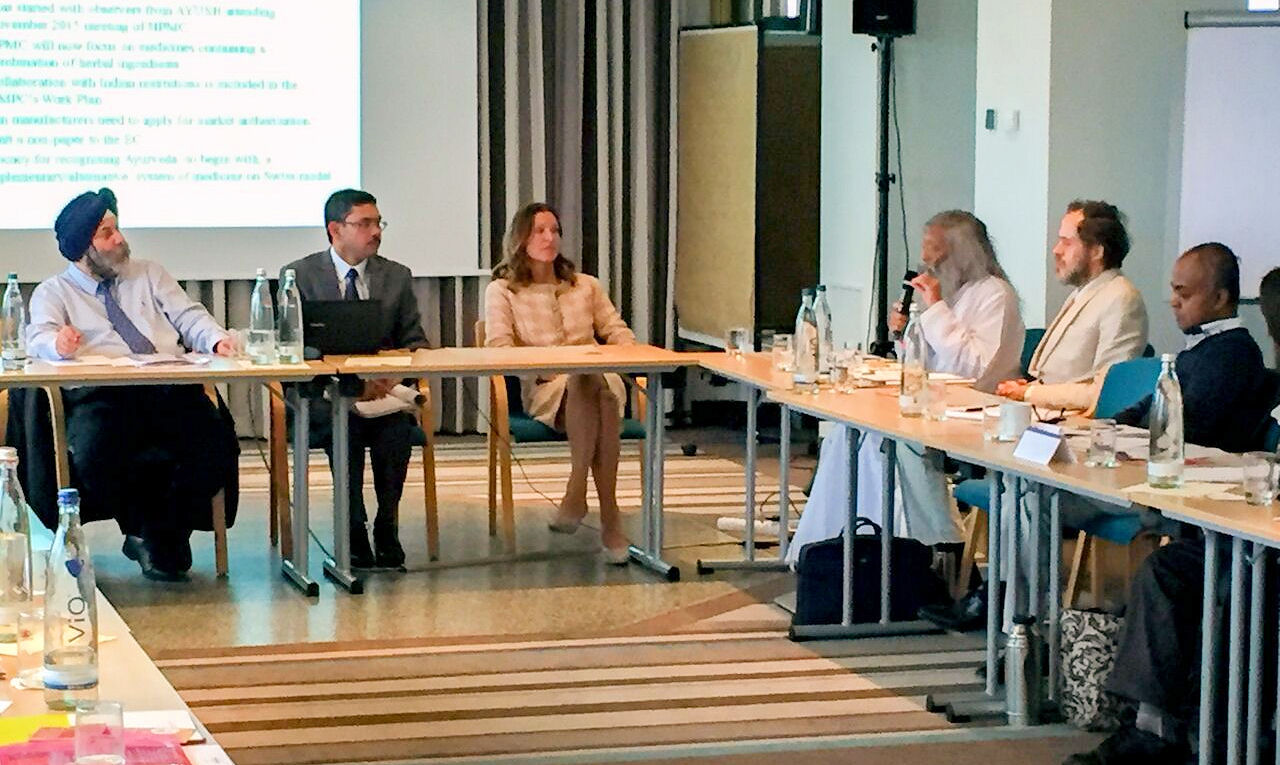 Dr. Girish Momaya & Dr. Walter Mölk at the policy meeting speaking with the Indian Ambassador to the European Union, Belgium and Luxembourg, His Excellency Sanjeev Puri, as well as professors,
researchers and leaders of Ayuveda organizations from various countries.