Ayurveda and Its Philosophical Background 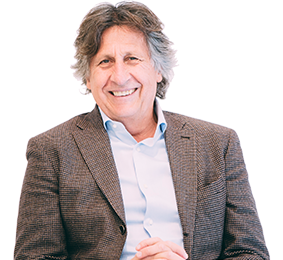 Exploring the Vedic Contexts for the Science of Life

Professor Renzi has written a fascinating exploration of Ayurveda’s relation to both Western science and to the Vedic Literature.

Ayurveda is profoundly associated with the mystery of life. The flow of life and the stream of intelligence are intimately linked by their origins: in this sense, Ayurveda, or “knowledge of life,” harks back to the very first manifestation of cosmic existence.

Surendranath Dasgupta* declared: “Medicine was the most important of all physical sciences cultivated in India during the Vedic period and was intimately connected with the physics proposed by the Sāṃkhya and Vaiśeṣika, and probably provided the grounds for those subsequent speculations found in the Nyāya-sūtra.

Suśruta, the author of the Suśruta Saṃhitā says that in order to understand Ayurveda, a student needs to have some preparation in a number of different branches of knowledge, including philosophy; although the various Darśana mainly focused on metaphysical aspects, they are to be considered as the basic knowledge of Ayurveda.

Ayurveda is deeply influenced by Indian philosophical thought: in order to understand the basics of the classification of psychopathology in Ayurveda, which in its literal sense means “knowledge of life,” I think it would be appropriate to outline the relationship between Ayurveda and the Indian philosophical schools, with particular reference to the Sāṃkhya and Nyāya-Vaiśeṣika.

The theory of the three Guṇas of the Sāṃkhya Darśana was used in Ayurveda in the formulation of the philosophical assumptions and, on an application level, also in the structuring of man’s constitution, of the organisation of the constitutions from the psychological point of view and as regards the treatment of psychological disorders.

Suśruta indicates a further extension to these philosophical assumptions and defines the correlation between the three Guṇas and the Panchamahabhuta, i.e. the five elements: he states that Sattva is prevalent in Akasha and Rajas is prevalent in Vāyu; in addition, Sattva and Rajas are present in Agni, Sattva and Tamas in Jala and Tamas in Prithvi. So, we can see that the three Guṇas take part together in the formation of the primordial nature and, at the same time, exert an influence over the nature of the five Panchamahabhuta, thus laying the foundations for the whole universal evolution and considering all resulting manifestations as an expression of consciousness and, therefore, animate.

The first reality relates to the vibrational aspect, i.e. the particular phonetic and rhythmic structure of the Veda, which generates effects on other structures with specific vibratory densities: as pointed out by Prof Tony Nader in his book “Human Physiology: Expression of Veda and Vedic Literature”, it is the parallelism between the structure of human physiology and the structure of Veda, which allows us to understand the deep relationship and order among the objective structures in the material world.

*Dr Dasgupta was a renowned Sanskrit scholar who received his PhD from Cambridge University in England and was honoured in both Europe and India for his deep insights into both Western and Indian philosophy.